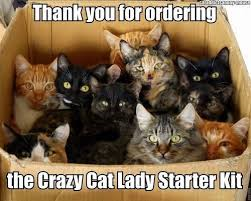 I recently returned from the Star Trek convention in Las Vegas where I met Harlan Ellison, famous science fiction writer and curmudgeon. He seemed to pride himself on his orneriness, and as I listened to his insolent declarations, an idea began to form. I would walk up to him at his table in the vendor’s room, introduce myself, and give him one of the postcards advertising my book, “Cats’ Eyes”. He was making such a fuss about great literature that I just had to present him with a cozy cat mystery. 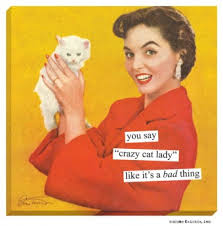 But my convention experiences were not the inspiration behind this blog. It was the question, the one that came to me in the middle of the night: Do crazy cat ladies dream of crazy cats? (From there it was a hop, skip and a jump to the classic sci-fi story, “Do androids dream of Electric Sheep?” Of course that story was written by Phillip K. Dick, not Harlan Ellison, but Dick wasn’t at the Star Trek convention and Ellison was. Makes sense to me.) 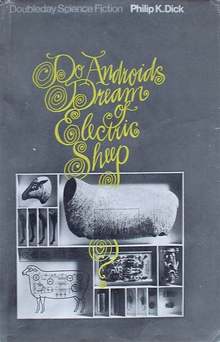 I am the crazy cat lady and I dream of a crazy cat, my sweet, moonstruck Luxie who is elsewhere learning the ropes. I miss him every day, and now that I’m home from Las Vegas, I will continue writing the story of my time with him. But nothing replaces the touch of fur, the look in a cat’s eyes. 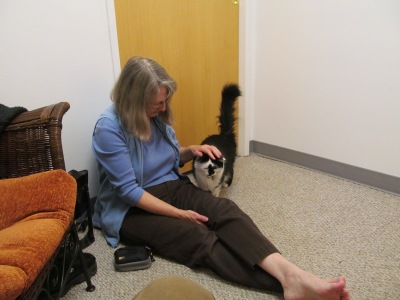 PS: I did give Mr. Ellison a “Cats’ Eyes” postcard, which he very politely gave back to me saying he didn’t like cats. He did, however, call me by my name, which he read off the card. Who knows where that might lead?

2 Responses to DO CRAZY CAT LADIES DREAM OF CRAZY CATS?