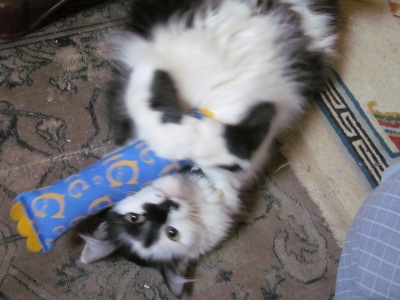 This story continues in the past. We are still back in April of 2014, nearly 9 months ago. Some of the memories waver; some fade. Some are seared on my consciousness like a brand of fire.

After filming My Cat From Hell in my kitchen, life went back to normal. Jim and I were just two people with a new cat in our family. We began to expose Lux to other rooms, other stimuli. We introduced him slowly to our other 3 cats with varying degrees of acceptance. Lux hissed, but was detached; Little, the most gregarious of my clowder, began to play with him. Watching the two chase each other up and down the cat tree was pure joy. Lux had never met another cat before. 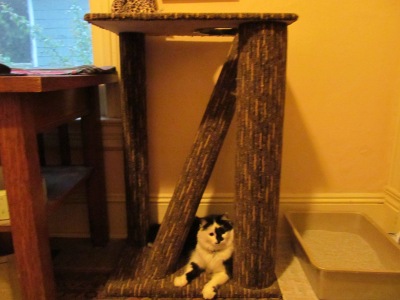 I quit taking notes and heard very little from Jackson. Life went on, soft and furry. Friends came to visit, and I introduced Lux as his alias, Mr. Lucky, which I thought rhymed with Luxie. I always wanted a cat named Lucky, and in that time and space, we thought Lux was the luckiest cat in the world. He had escaped euthanasia and was found to be a normal cat. He now had a forever home where he could come out of his shell and thrive.

Unfortunately life threw us a few curves, a few stumbles, and a major pitfall. On May 1, 2014, Lux had another outburst.