PARTY ON THE PLACID RIVER! COME AS YOU ARE

Welcome to my little Virtual Launch Party. My mystery, Placid River Runs Deep, comes out on Amazon today. (See it here.) Grab a glass of champagne (or more likely cup of coffee if it’s as early for you as it is for me), sit back in your computer chair, and I’ll tell you a story.

For me, Placid River was a labor of love. Not that I don’t enjoy Lynley Cannon and her crazy cat escapades, but Placid made me think, made me feel. Things came out in the writing of that book that literally had me on my knees.

There are several facets to this story: love; revenge; family history; summer getaways; living with hepatitis C. I’ve had personal association with them all. I’m both cursed and fortunate to have those elements in my life. Placid isn’t biographical in any way, but my spirit lingers near; I hear the river call.

You may not think of a fictional mystery as being significant, but as a writer, I try to do more than entertain. Hopefully the reader will see a glimpse of new concepts, of another way of life. Maybe they will even learn something, such as the shame of hepatitis C sufferers or the beauty of the ghostly Indian Pipe flower.

Now on to the celebration! Publishing anything is good excuse for a party, but this is a special case. Thank you, my friends, fans, and readers, for accompanying me on this journey of the heart. 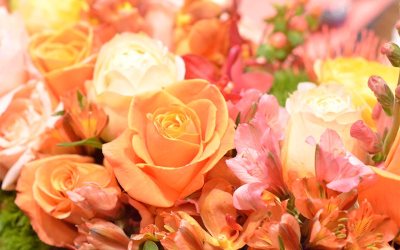 I received a lovely comment from noir mystery writer, Lily Gardner. Her new book, Betting Blind, will be out soon.

“Ember Mackay retreats to her family cabin at Placid River only to find a murderer hiding somewhere in her beloved woods. A thrilling combination of menace and pastoral beauty. After reading this book you may want to rethink  your summer holiday.” —Lily Gardner, author of Betting Blind lilygardner.net

And what would a book launch be without a reading, or in this case an excerpt? For those who like to begin at the end (no spoilers) here is a piece from Chapter 26:

One sick puppy, Roy thought to himself. Not that he cared. He wasn’t sorry, but on the other hand, he wasn’t glad either. The elation he had felt at the onset of his vendetta had vanished some time ago, he suddenly realized. Now he just wished it were over. Wished the morning would come so he could go home.

“I see her!” Ember exclaimed. Her eyes were cast toward a corner of the crypt where a large marble urn stood sentry to the tombs behind it. “There,” she pointed. Without hesitation, she rose lithely to her feet and moved to the urn.

Roy gasped; there wasn’t a trace of a limp in her step, not a sign of the acute pain and weakness she had displayed only moments before.

Her miraculous recovery wasn’t nearly so strange as what she did next, however. Placing her hands on the dusty chalice, she began to caress it gently, like a lover. Swaying as if to a rhythm of her own making, she intoned a little song.

Roy sat stunned, incredulously watching every move. He strained to hear what she was singing, but when the indistinct notes coalesced into “Row row row your boat…” Roy shook his head in disbelief.

Soon the song petered out and Ember began to mumble. Her voice was soft. Roy could only pick out the odd word. He had no idea what she was saying to the inanimate object, but he didn’t like it. It was weird. Roy didn’t mind being weird himself; after all, he had built up an arsenal of “weird” while he was in prison in order to keep the other inmates out of his face, but he couldn’t abide nonconformity in others. Weird people were unpredictable. He knew all too well from his own experience how perverse and volatile true weirdness could be.

Roy lurched to his feet. “Quit it!”

Ember seemed not to have heard him, continuing her conversation with the urn. Every once in a while, she would stop and listen as if the ornament were talking back, then she would take up again in a jaunty manner that Roy thought would drive him crazy—crazier than he already was.

“I told you to quit it!” he charged, moving up behind her. He grabbed her roughly by the arm and swung her around in a motion designed to hurt her. He fully expected a wail or cry. He wanted one in fact—that would be normal—but instead, she just trained her bloodshot gaze on him. Her expression was untroubled—and unreadable. Even in the dim candle light, he could see her pupils were big as plums.

Ember studied him for a moment, then glanced over at the urn. “What should I do with him, grandmother?” she asked it. “He’s going to kill me, you know.”

For those who begin at the beginning, the link to the book preview: Placid River Runs Deep

I hope you enjoyed this launch as much as I did. (Yay to anything I can do in my bathrobe and slippers!) Jump over to my Amazon page if you want to; it’s just a click away at: Placid River Runs Deep on Amazon

Books will also be available at: Another Read Through Bookstore, Portland Oregon

Thank you and Happy Day! Mollie