DOG-FIGHTING OUR WAY INTO HEAVEN 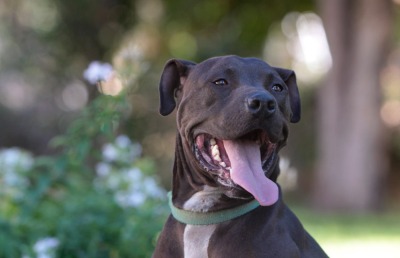 Michael Vick did us a favor. Us being the faction of society that believe harming an animal is as wrong as harming a person; that those capable of bringing hurt to animals are more likely to do the same to their own species; that human beings are not at the top of some pyramid point, looking down on all below, but part of the amazing circle of life. The Force, Yoda called it. Yes, we believe in the Force.

Because of his fame, Vick’s actions were well-publicized, though he was certainly not the only sports personality to take part in dog-fighting. It’s not like Vick woke up one morning and said to himself, I think I’ll start a pit-bull ring, and then told his buddies, and they said, Hey, Mike, what a great idea! and thus dog-fighting was born. No, dog-fighting goes back long before Michael Vick, to when we were a far more barbaric society. You can do the research if you want; I don’t feel the need. I know all I need to know – that dog-fighting is an abomination to animals, to people, and to God.

A smiling Georgia the Vicktory dog

So when the famed and beloved football personality was caught with his hands bloody, the news went viral. Everyone got to weigh in on their feelings about the blood sport. Feelings strongly favored the dogs, hapless victims of blatant human cruelty. Once the door onto those grisly games had been opened, change was required. Since that time, laws have been passed and social acceptance of such dealings terminated. Sure, somewhere assholes still do bad things, but they can no longer say they didn’t know it was wrong.

Best Friends Animal Sanctuary took many of the dogs into foster during the trials. All but 2 have new starts in loving homes, and those 2 were mandated by the court to remain at Best Friends for the remainder of their lives. One passed away in 2013. The other, whom I saw when I visited the sanctuary last summer, is loved and cared for, with walks and treats and whatever his little doggie heart desires.

Michael Vick is back to playing football. He says he has learned his lesson. He gives talks for the Humane Society of the United States about the odiousness of animal cruelty, and I hope he’s good at it and that those who hear him, listen. What would it be like to grow up with people who fight dogs instead of love them? Who think caring for a pet is unmanly? There are still children being raised with those outmoded standards. We who believe in the Force need to be advocates of compassion, ambassadors for empathy. It’s about helping the animals, but sometimes it’s about helping people too.

In April of 2007, 51 dogs were seized from the Virginia estate of football player Michael Vick. This week marks the 9th anniversary of that rescue.

The Champions, a documentary