A MEMORIAL DAY MEMORY, WITH CATS 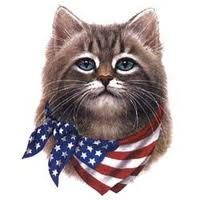 This Memorial Day, let’s remember not just those who have died for our country, but all who have served: living or dead; fighting or behind the scenes; human or… feline???

Since World War I and before, cats have been employed by the military in a number of capacities. Navy ships brought cats along on voyages to fend off rats and other unwanted vermin. Of special note was Simon, the HMS Amethyst’s ship’s cat. In 1949, he was awarded the Dickin Medal for “the disposal of many rats despite injury”.

Cats also served as much needed mascots. Tiddles, was the official Captain’s Cat on the HMS Victorious in the early 1940s and traveled over 30,000 miles during his naval service. Tiddles was a black cat and may be one of the reasons black cats are considered lucky in Great Britain. 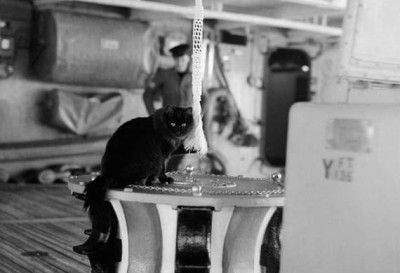 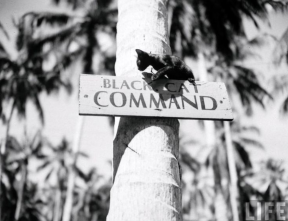 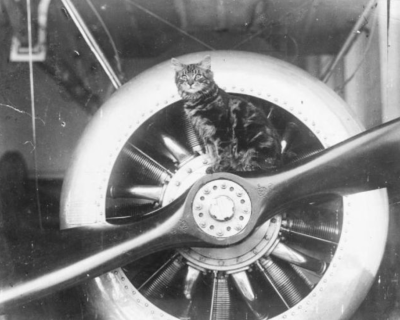 Here is an especially remarkable story about a cat named Pitouchi and his person, Lt. Lekeux of the Belgian Army WWI. Pitouchi followed Lekeux wherever he went, then one day he saved Lekeux’s life.

“As Lekeux reached a spot near the German lines, he saw that they were digging a new trench. He hid himself in a shell hole nearby to make a sketch of the German works. He was so absorbed in his sketch that he did not notice approaching German soldiers on patrol. When he finally realized his situation, it was too late to run.

He decided to lie very still, hoping that the Germans would not see him, but unfortunately he heard one soldier say, “He’s in the hole,” so he knew he had been seen.

When Pitouchi heard the German say that, he jumped out of the hole onto a piece of timber. The Germans were startled and fired two shots at Pitouchi. However, as frightened as he was, Pitouchi was not hit, and he jumped back into the hole with his beloved Lekeux.

The Germans laughed and joked that they had mistaken a cat for a man and left. Lekeux finished his drawings and returned to the Belgian lines with Pitouchi on his shoulders.”

(from the book, Soldiers in Fur and Feathers by Susan Bulanda)

Hopefully someday we will no longer be adding names, human or other, to the list of those lost at war. Take care, enjoy this day, and remember. 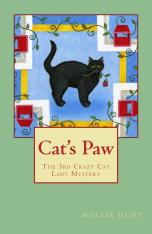 4 Responses to A MEMORIAL DAY MEMORY, WITH CATS