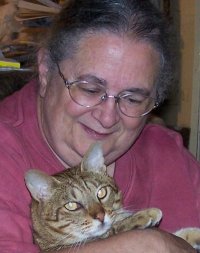 Lyn McConchie is a New Zealand writer of speculative fiction, picture books for children, a nonfiction humor series, a number of standalone books and many short stories, articles, poems, opinion pieces, and reviews. Her writing has won many awards including several Cat Writers Association Muse Medallions. Most recently, her Ancient Egypt alternate history fantasy, BASTET’S DAUGHTERS, received a Cat Writers Association Certificate of Excellence and is now in competition for the CWA Muse Medallion in that category.

My guest today is Lyn McConchie, author of 43 books, hundreds of stories and articles, and a few dozen poems.

With such a body of work, where do I start? Why, with the cat material of course. Lyn, you are one of the rare authors who have taken on the genre of cat fantasy. Please tell us a little about how that happened. When everyone else was writing about monsters, aliens, and vampires, why did you choose cats?

I’ve had cats all my life, and as a small child my much beloved cat, Silver and my dog Lassie – a terrier mix – were a team. Lassie would taunt dogs to chase her between the 6 foot high gate-posts of our drive, and as they passed Silver would quietly step off the top of a post, and land on the intruder’s neck and shoulders, his solid 12lb weight driving their face into the ground, while his claws raked them. The intruder would flee yelping, Silver calmly stepping off again as they fled. I watched for years, and once I began to write I remembered that, and many other episodes in which my cats had demonstrated an ability to plan and, somehow, cats edged their way into quite a lot of my writing.

You began to write in 1989 and have teamed with sci-fi author Andre Norton for several books. (I’m so impressed, I’m falling on the floor right now.) What were things like then compared with now? Did you ever attend any of the literary sci-fi conferences?

Andre was a friend of mine long before I ever began writing. She encouraged me hugely and I had seen three of my books published before I wrote Key of the Keplian, my first fantasy, which was written chapter by chapter simply to cheer her up when she had surgery and was taking longer than she expected to recover. It was written in one of her worlds and I would have had no legal right to produce such a book for publication.  I was stunned to find she had taken the completed story to her own agent, who had sold it and his phone call to say so left me reeling. After that, and with her permission – indeed again with her enthusiastic encouragement – I wrote three more books set in her Witch World, and three in her Beast Master Universe. The latter trio by her specific request.

Being on the other side of the world, I’ve never been able to attend any of the literary conferences, although I have attended SF conventions in Wales, Canada, and America, as well as quite a number in Australia over the years.

You are planning to start the new book soon and are also expecting revisions for three others. Will these be cat-centric with Miss Emily and Mandalay?

The one I am about to start is, yes. It’s the fourth in my series of Holmes and Watson – and cat. I was approached in 2015 by an editor in the UK asking if I would write a Sherlock Holmes story for an anthology of new Holmes stories they were about to produce. I did so – and fell in love with the characters of Miss Emily, a freelance secretary, and Mandalay, her brown Burmese cat, which finds all manner of odd items which he then brings home to his mistress. Some are so odd that Holmes becomes involved, and I have been writing those ever since. Wildside Press liked my suggestion that I do these as a series of novellas which could be published as e-novellas, and once three were out, they were then combined along with a new longer short story, and brought out as a book also. So far there has been SHERLOCK HOLMES: CATALYST, but I have also completed CATACLYSM, and CATASTROPHE, and will be beginning CATAFALQUE shortly.

The revisions are for an SF/disaster novel set in Australia – COALS & ASH, (yes, cats) sold to Altair Press there  – the next Holmes double, SHERLOCK HOLMES: FOUND DEAD, (no cats)  and a fantasy, DAUGHTER OF A CITY, (a cat or two but not much about them.) However I have in mind at least two books to write in 2019, both of which will be quite feline oriented.

Are any of your poems about cats?

I would say about a third of them. This one was published in a National New Zealand farming magazine back in the early’ 90s.

Parked in front of my fire, sprawls my Siamese cat

And when the fire needs stoking, I need no thermostat,

Because I am summoned by the howls –

of a chilly indignant imperious cat.

As a long-time member of the Cat Writers’ Association, you demonstrate your true devotion to cats. How many cats do you have? Do they help with your writing?

I had two for some time, but when they died, the next cat I got didn’t want to share. He made that very very clear, and so, for the past 14 years he has been an only-cat. CATALYST was dedicated to him, and his ‘help’ was acknowledged in the forthcoming Coals & Ash as well.

I’ve always wanted to go to New Zealand, but so far the closest I’ve come is watching Xena, Warrior Princess. (Beautiful scenery!) Do you really live on a farm and raise “colored” sheep?

I do, I was crippled in an accident in 1977, and when I was unable to work 9-5 any longer I retired on medical grounds in 1988, bought a small farm the next year and settled in to live a pleasantly rural existence just outside the quintessential small village. I do breed coloured sheep, I also have free-range hens and geese – the geese acting as watch-geese (I think that last lot of would-be shed-burglars are still running) and now and again I raise a beef steer or two.

Our scenery certainly is beautiful, and varies hugely from river flats, to mountains, to plains and semi-deserts, which is why a number of movies and TV series were/are made here, you can find any backdrop required in one small country along with a population that specializes in getting involved, being helpful, and being able to fix/build just about anything out of spare bits.

Tell us briefly about your favorite real or fictional cat story.

That’s impossible to answer. I love Doreen Tovey’s cat books which were  non-fiction, Andre’s cat books which are SF/F, and so many of the cat short stories Andre took for the Catfantastic anthologies were brilliant. I also love a number of cat or dog mysteries.

What is the most useful writing tip you’ve ever been given?

“Save everything you write. It may not be accepted, but somewhere down the road you may re-write it, or cannibalize it and sell it then.” And it’s true! Andre told me that before I started writing. That and “always read a contract slowly and twice, query anything you don’t understand until you do,” which I was told over breakfast by MZB in 1991. (I was signing a contract for a short story in her fantasy magazine at the time, in the middle of a trip around the USA and had stayed the night with her editor and been brought over early.)

What five words would you use to describe yourself?

Add something you would like to tell us just for fun.

My very first book was published completely by accident. I was writing funny stories about my farm and animals in letters to overseas friends, and a local writer friend who’d seen some said I should sell them. I asked where, and was told there was a ‘smallholders’ magazine that could be interested. I sent off four, and they bought them. The editor then came to me and asked just how much of the material I had, and I said “um, quite a lot.” “Enough for a book?” “Yes.” The rest was history – and my very first book published in 1993, FARMING DAZE. which went on to sell six more in the series.

Do you have any other writing news we should know about? (Awards, launches, readings, etc)

I was just shown the gorgeous cover proposed for COALS & ASH, and am completing the revision for the book this week. Since most of what I sell appears overseas these days I rarely have a book launch.  I am in discussion on teaching a writer’s course locally over May sometime. I will also be speaking at a regional writers conference in September. What with one thing and another – including writing 3 books most years now – there is always something going on – not the least being the deceased mouse I received first thing this morning before I opened my email to find this interview.

Lyn (and Thunder who insists on being included otherwise he won’t get off the keyboard.)

Thank you so much, Lyn. You are an inspiration to cat writers everywhere!

Here are more ways to connect with Lyn McConchie:

Here is a small selection of Lyn McConchie’s books: 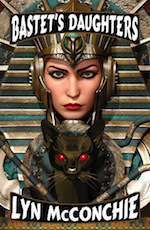 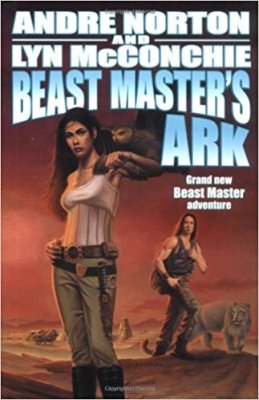