IT TAKES A VILLAGE – THANK YOU, CWA CONFERENCE SPONSORS! 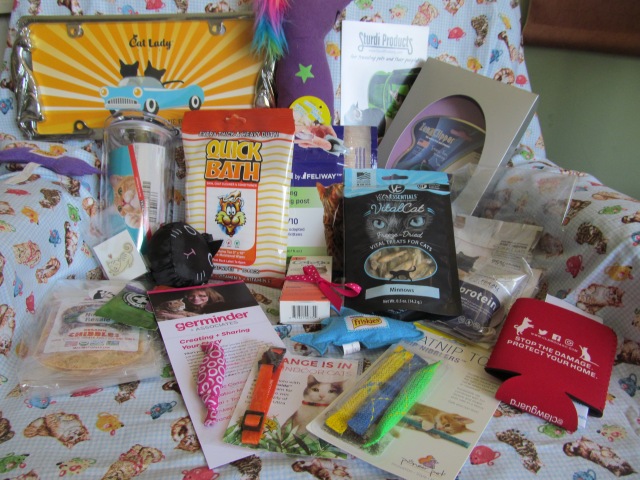 I am one among many who had an excellent time at the recent Cat Writers’ Association Conference in St. Louis.  I’ve heard so many compliments about the speakers, the swag, the book-signing and raffle, and the overall spirit of comradery, but none of it could have happened without sponsors who believe in CWA’s importance to the cat universe. By sponsoring us with money, gifts, and awards, they made it possible to put on a first-class event.

Here is the spectacular sponsor list, including the many things they donated. Take a look at all the major cat players who took time and expense to contribute to cat-based creativity: 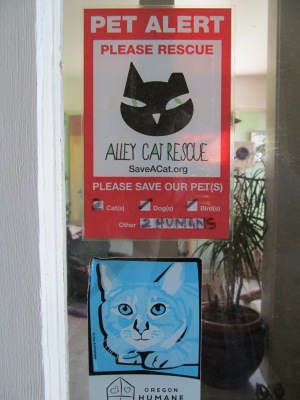 ~I put up the fire rescue sticker first think when I got home. If you don’t have one, I strongly suggest getting one. This, posted on your front door, tells fire and rescue people how many animals they should be looking for in case of emergency. 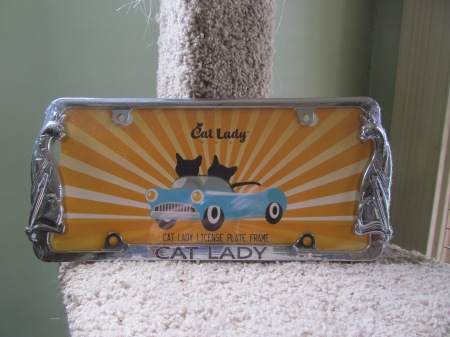 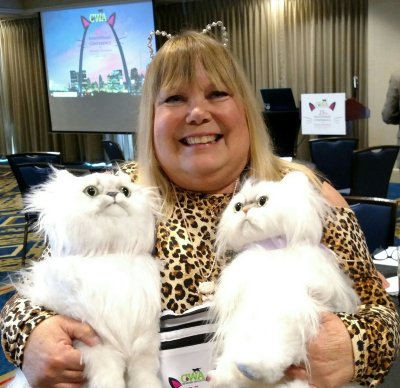 ~Paula Gregg of Sweet Purrfections had Cuddle Clones made of her cats Truffle & Brulee to bring to the conference! 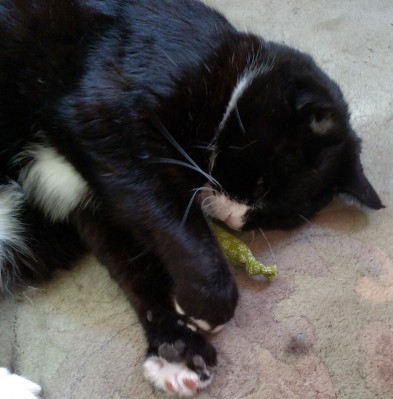 ~Blaze is so funny! He likes the big toys, but will go after this tiny catnip treat from Germinder & Assoc. with all paws blazing! 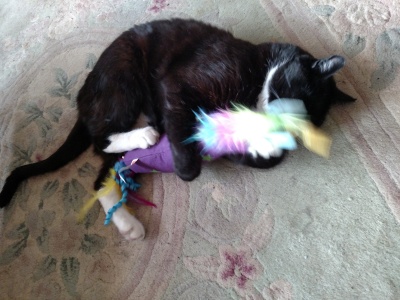 My Lap Pet Bed – (1) MyLap Pet Bed Giveaway Raffle Prize for HSMO fundraiser and (1) for the CWA raffle at the awards banquet. @MyLapPetBed 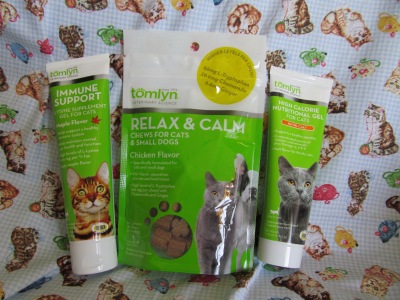 The tube of Tomlyn Immune Support gel didn’t come with the swag, but was given to me at their display table when I mentioned I had a cat with chronic conjunctivitis. The L-lysine formula may help with that.

Vital Essentials Raw – Swag Sponsor – bags of minnows and rabbit bites, along with an information sheet with special offer. VitalEssentialsRaw 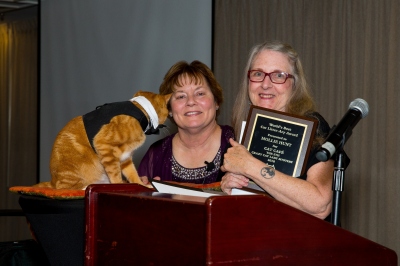 ~And by now, we all know who won the World’s Best Cat Litter-ary Award. Thanks, WBCL!

Zen Clipper – Swag Bag sponsor: Zen Clipper- a sizing card and a write up asking for bloggers to partner for reviews. @ZenClipper @PetInnov

Wow! What a line-up! These are businesses who think beyond the buck and care about the welfare of cats and their humans. Thank you, one and all! 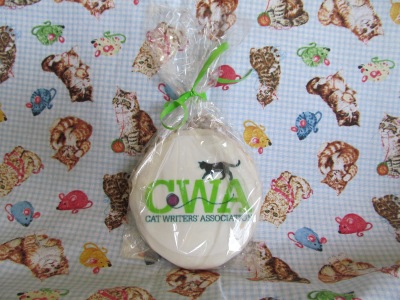 And, oh yeah – is anyone else still saving their CWA cookie? I just don’t have the heart to eat it…

8 Responses to IT TAKES A VILLAGE – THANK YOU, CWA CONFERENCE SPONSORS!