Time flies! Only one day left to get in on the PLACID RIVER RUNS DEEP Kindle countdown deal. (Deal ends tomorrow, Saturday February 22.) Thanks to all who have taken advantage of the deal so far. Please write a review when you finish. It doesn’t have to be anything fancy, but reviews are an independent author’s Certificate of Authenticity.

Yes, this is a promotional blog, but if I don’t tell you what’s happening, however will you know? For the next week, (02/15/2020-02/22/2020) I’m running a Kindle Countdown Deal for PLACID RIVER RUNS DEEP, my standalone mystery that takes place in rural Washington state.

Starting today, there are deep discounts for the Kindle version of Placid River Runs Deep,  today only 99 cents!

Don’t worry if you don’t have a Kindle. The Kindle app is free and easily downloaded to your phone or tablet. There is a link here on my website.

“Like stones beneath Placid River, a dark tragedy lurks.”

When Ember Mackay learns she has a life-threatening illness, she flees to the old Placid River cabin, but instead of solace, she finds mystery, murder, and a revenge plot that has taken a generation to unfold.

Diagnosis: hepatitis C. It’s a shocker for Ember. In 2010, there is no cure and she is far too young to die. Ember needs time to process, so she makes for River Lane, the Southwest Washington summer community her grandparents established long ago. The old cabin holds happy memories, but can they ease this new grim reality that will change her life forever?

Her focus shifts when an elderly River Lane patriarch is found horribly murdered and his brother dies a mysterious death soon after. The handsome artist whom Ember hasn’t seen since childhood becomes friend, lover, and then protector, but his care may be coming too late. When a third neighbor is killed and the police are no nearer to discovering a motive—let alone the killer’s identity—it’s clear no one is safe. 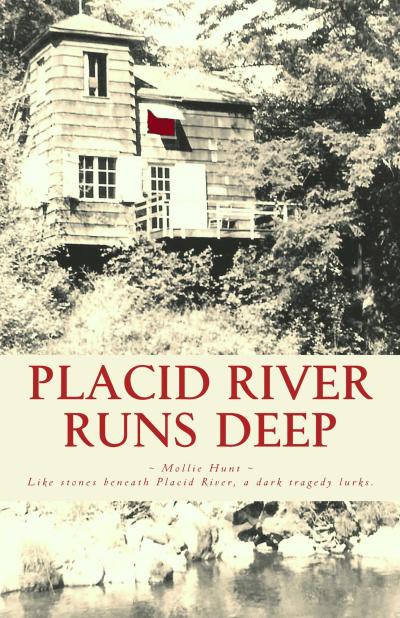 I wrote Placid for two reasons. First, there was the story, which came to me like they do, demanding to be put on paper.

But equally as important was my desire to address the dilemma of hepatitis C in today’s society. Even though hep C affects an estimated 3.5 million people in the U.S. alone, and even though they have finally, after years of research, come up with a cure, there is still much stigma around this blood-borne disease. For many, the stigma is more damaging, mentally and physically, than hep C itself.

This stigmatizing is largely due to ignorance about the disease, such as thinking it can be transmitted through a hand-shake or a hug. (Though hep C is potentially infectious, the only way it is passed is with blood-to-blood contact.)

Its link to injection drug use also causes people to shun those with the disease, though many contract it by other means, such as a blood transfusion or other association with the medical profession.

“Many people are unaware they’re infected. 55 to 85 percent will develop chronic HCV infection. For people with chronic HCV, the chance of developing cirrhosis of the liver is 15 to 30 percent within 20 years. 71 million people around the world are living with chronic HCV (as of) Jun 1, 2018.”  —Hepatitis C by the Numbers: Facts, Stats, and You 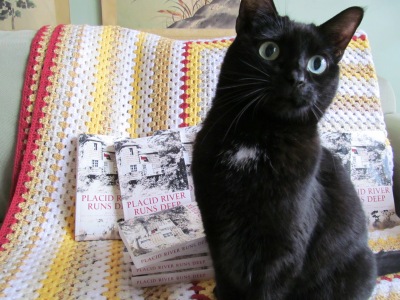 Little: Why aren’t there any cats in this book? 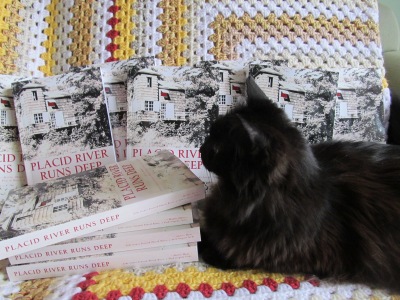 Tinkerbelle: Maybe our cohabitor Mollie didn’t want to put us in harm’s way.

Little: You mean all the murder and mayhem that goes on in the story?

Tinkerbelle: Exactly! Her readers might like mysteries, but that sort of excitement isn’t my cup of kibble.