#3: My Approach to the Writing Process, by William Cook

This is the third in a six-week blog tour series for the Northwest Independent Writers’ Association.  NIWA serves Pacific Northwest writers working to achieve professional standards in independent writing, publishing and marketing. You can catch up with them at https://www.niwawriters.com/ 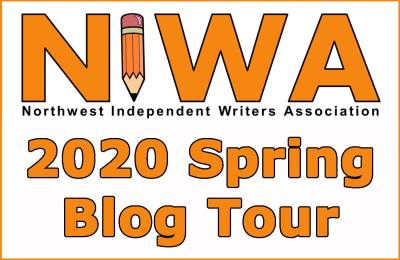 My Approach to the Writing Process, by William Cook

I understand that a disciplined approach to writing pays off. You work from an outline, so you know where all your crucial plot points fit. You know when it’s time to remind your readers of details that had been disclosed earlier in the story and may now have been forgotten. You can pace the work up to the critical denouement, pulling a literary rabbit-out-of-the-hat at just the right moment. You can maintain logic and consistency throughout, in story and character development.

I know all these things, but I can’t do them. For better or worse, I’m an inveterate “pantser.” Yes, I write by the seat of my pants, but it’s not out of laziness. I think of it rather as letting my stories grow “organically.” When I plant the seed of an idea, I’m never sure exactly what will sprout, if anything, but I know it will be fun. And I know it can’t be forced.

Of course, this does present some difficulties. I was almost halfway through the first draft of my novel, Seal of Secrets, when I realized that the person I thought was the protagonist was not. That led to some rewriting, I can tell you. Three-quarters of the way through my latest endeavor, Dungeness and Dragons, I realized a secondary character had to be introduced to the reader much earlier in the novel to make it work.

Does this make my writing process haphazard? Not really, but it can cause some relationship problems in the real world. I can get so involved in my imaginary world that re-entering regular life can take some time. “Coming out of the zone” isn’t always easy.

The “seed” idea I mentioned earlier is crucial to my process. My writing begins with this “kernel.” Typically, I don’t have a plot in mind, don’t know where the story will go or how it will end, what the conflict will be. Often, I don’t have a clue what new characters will people the tale. (I’m writing a series of mysteries for now, so there is a cast of regulars.) There’s just this germ of a notion that I have to write a few sentences about. And where it comes from can be the most interesting part of the process.

A few years back, I enjoyed the movie, “The Man Who Invented Christmas,” because of the way Dan Stevens portrayed Charles Dickens. His Dickens always carried a notebook. If he heard a name he liked, overheard an interesting conversation, spied a fascinating object or event, he wrote it down for future use in his books—writing fodder. Although I don’t carry a notebook with me everywhere, I try to stay alert, keep my “antennae” up. I imagine myself a “sponge” soaking up things around me. Let me provide you with some examples.

Several years ago, on a junket to San Diego, I was sitting outside at a coffee shop when I heard church bells ring and saw people walking down the street toward a church on the corner. I thought, “Why not?” I followed them into the church and saw a large painting to the left of the altar. It was a Pietà, a depiction of Mary holding the dead Jesus just taken down from the cross. As I looked on, a young woman stepped up to the lectern to begin the service by explaining we were in “ordinary time,” that time in the church’s calendar between major holidays, when nothing special is going on. And I had the seed for my story, “The Pietà in Ordinary Time.” I had no idea it would be a story about a mother contemplating suicide after the overdose death of her son.

While planning for another vacation to California, I went into the Post Office to fill out that card “Authorization to Hold Mail” while I was gone. As I wrote down my name and address, it occurred to me, “What if the Postal Clerk, who knows which residences are empty and for how long, were to pass along that information to a gang of local thieves so they could plan their burglaries?” Thus was born “The Yellow Card.” While on that vacation, we went into a wine-tasting room in Healdsburg and were served by a young woman named Chiara. Chiara is now the Girl Friday in my Driftwood Mysteries.

A game-changer for me, which led to both a short story and a novel, was my participation in Art on the Edge, a weekend in Lincoln City devoted to local artists, who open up their homes and studios so visitors can witness them in action. My wife and I stopped in the studio of an artist who does wildlife watercolors for textbooks and museums. She showed me a picture of a Rough-skinned Newt and asked if I knew anything about the animal. I told her that when my kids were young, they would catch them. They’re a common salamander, dark brown on top and brilliant orange underneath. They move in such slow motion that a sloth is a speed demon compared to them. She responded, “But did you know they’re the most poisonous creature in North America?” I was flabbergasted. Of course, I Googled the little critters as soon as I could. When I did, I learned that their skin and ovaries contain tetrodotoxin, the same neurotoxin made famous by fugu, the delicacy prepared from Japanese Pufferfish. Who knew? I also found a story (that I later learned is apocryphal) about three hunters who were found dead at their Oregon campsite with no evidence of foul play. Investigators discovered that a Rough-skinned Newt had fallen into their coffee pot! And there was the germ of my story “Eye of Newt,” about a biology professor who commits the perfect murder.

That short story was actually a sequel to my novel, Seal of Secrets, and it was written at the request of friends who wanted a little more information about the characters after the rather abrupt ending of that book. What I didn’t realize at the time was that the story would also be the prologue to my next novel, Woman in the Waves, which had its own unusual start.

In January of 2018, I was on the beach in Lincoln City with my daughter’s family. We were gathering agates, most of which seemed to be right where the waves were breaking. We would run down to the water’s edge, grab a handful of stones, and run back up the beach before the next wave caught us. We’d look through what we picked up and keep any agates. It was only after we got home that I realized how dangerous our agate hunting had been. Fall and winter are notorious for “sneaker waves,” a deadly Pacific phenomenon that takes lives every year. I imagined, “What if a beachcomber were to witness a young woman swept out to sea by a sneaker wave? And what if she were wearing a wedding dress?” And believe me, at the time, I had no idea that the murderer in “Eye of Newt” would be the villain in this piece.

My latest novel, Dungeness and Dragons, is no exception. The seed was the tragic loss of the crabbing boat Mary B.II in a terrible storm in January of 2019. Of course, in my story, the loss of the boat Johnny B. Goode is not an act of God but an act of murder.

As I said, I start with an idea and try to follow where it leads. My biggest joy in writing happens when my story reaches “critical mass.” Suddenly, my characters come alive. They start saying and doing things I hadn’t anticipated. I’m sure you could say it’s just my subconscious at work, but the experience is wholly other. I feel at the mercy of my characters, and for me, it’s a thrill ride like no other.

That’s the creative side of my writing process. The not-so-fun side is the editing, and that starts with developmental editing. What works and what doesn’t? Is there a logic to the story? Are there plot holes big enough to drive a truck through? Are the characters internally consistent? Does the dialogue sound real or artificial? Has point of view been properly maintained?

At this point and throughout the process, I find it essential to have a critique group. These are writer-friends I trust to give me honest feedback on my project. We meet monthly, and each of us takes about half an hour to read a portion of our work aloud while the others follow along with the hard copy each has been given. I can’t emphasize enough the importance of this aspect of my writing process.

Along with developmental editing comes the more structural kind of editing—copy editing and proofreading. This is where I look for grammatical errors, typos, and the like. Are the verb tenses correct? Have I repeated a particular word or phrase too soon? Have I forgotten an article or word, or doubled another one? Here beta readers shine. Although I understand most beta readers only do developmental issues—the big picture—I am blessed to have some who will spot this nitpicky stuff and tell me about it. Bottom line: other eyes have to look at my work. I give them nothing less than a third draft, so I’ve already gone over the work at least twice.

The final phase for me is proofreading a physical copy of the book. Paper pages are different from digital ones. I see things in the book that I don’t see on the screen. And I have yet to hit the “Publish Now” trigger with only one proof copy under my belt. I’ve always had to correct my manuscript, re-submit it, and then get another paperback proof.

As tedious as this whole process can be, I feel it is absolutely essential for my credibility as an author. Nothing turns off a new reader sooner than initial pages with grammatical or textual errors. Those kinds of mistakes condemn independent writers to being labeled “amateurs.” That’s a handle I would rather do without.

Other posts in this series by this author:

https://authorwilliamcook.com/blog/   “Reading to Impact Your Writing (And Can Watching Movies be a Business Expense?)”

Watch for the next post in the series by this author:

William Cook moved to the Pacific Northwest from the East Coast in 1989, and worked for a total of 37 years as a mental health therapist until his retirement in 2011. He splits his time between writing, babysitting for his 15 grandchildren, and sneaking off to mid-week matinees (when theaters are open!). The Kindle edition of his latest book, Dungeness and Dragons: A Driftwood Mystery, is available now for pre-order and will be published on April 24. Find all his books at: 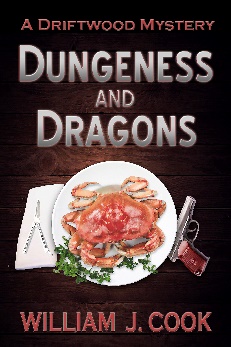 4 Responses to #3: My Approach to the Writing Process, by William Cook