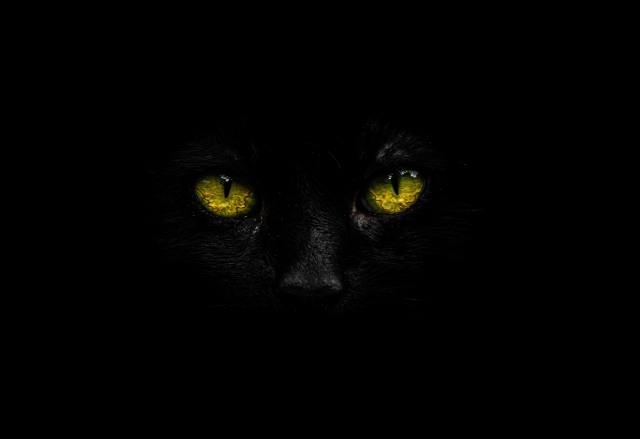 When I put out the call to name and describe a character in my upcoming series, the Tenth Life Cozy Mysteries, I had no idea how many people would answer, nor how imaginative and thorough their entries would be!

All I said about this girl was that she is a teenager who loves horses, texting, and the boy next door. Her mom and dad, Aiden and Nao Smith, are neighbors of the leading character, septuagenarian Camelia Collins. They live in Ocean Cove, Oregon, a tiny forgotten town on the west coast.

There were so many amazing suggestions that Tyler and I had a tough time deciding which to choose. In fact, besides selecting one main winner, we ended up with five second place winners as well, from which we’ll be taking parts of their suggestions to weave into the character’s full persona.

Now without further ado, the winner of the Ghost Cat of Ocean Cove Character Contest! 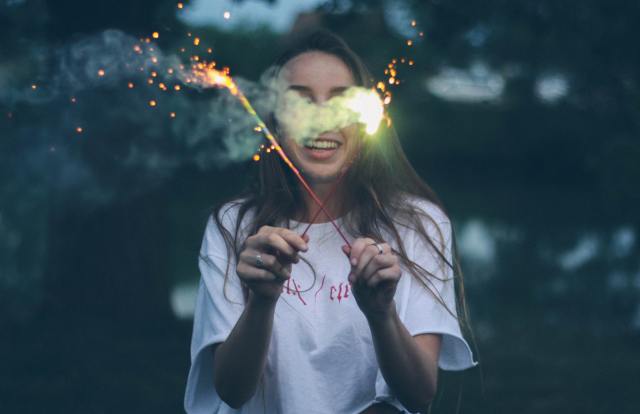 Congratulations and huge thanks to Jeanne Owens! Let me introduce Yui Smith!

This is how I see her.

Her name is Yui.

She has black hair cut in a pixie bob, and she dyes one strip on the right side a different color every week, usually pink, green, or blue depending on her mood.

She’s very smart, but since being teased about it in elementary school, she hides just how smart she is from the other kids, so she doesn’t intimidate them or get teased more. She has a couple of close girlfriends. She is friends with the boy next door, but also has a crush on him but is afraid to say about it. She’s also a bit of a tomboy and is fairly athletic. She likes to help out around the community, especially when it comes to animals, and horses in particular. She is also a little spiritually sensitive, ever since she was little, but doesn’t mention it to anyone for fear of seeming weird.

And here are our second-place winners and the clips we’ll be using in the coming Ghost Cat stories:

Joanne Hodgdon: She likes to rescue injured wildlife and has rehabilitated neighborhood squirrels and birds. She talks to the wounded creatures and is pretty confident that they understand everything she tells them.

Marilyn Smith: She has never met an animal she didn’t immediately love, and they adore her. She’s very friendly and curious.

Marsha Karr Cole: She loves to read, paint watercolors, hike, volunteers at an animal shelter and tends to be a bit klutzy. She has deep brown hair and bright blue eyes.

Kristin Cochran Schadler: She’s a skilled equestrian who has competed at the fair for years. **Kristin, book 2 of the series will have lots to do with a county fair, and this fits right in!

Dot Stewart: She’s brilliant, observant, mature for her age, wise in an innocent kind of way, animals are drawn to her, as are older adults. She’s an old soul in a young body, a little psychic. 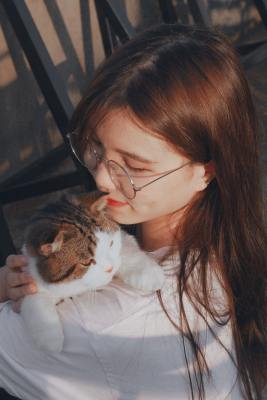 I’ll be adding one attribute of my own: Yui wears glasses!

Yui doesn’t have a big role in Ghost Cat of Ocean Cove, but expect to see much more of her in the subsequent books. Thanks to everyone who participated. Tyler thanks you too and is now ready for a nap. 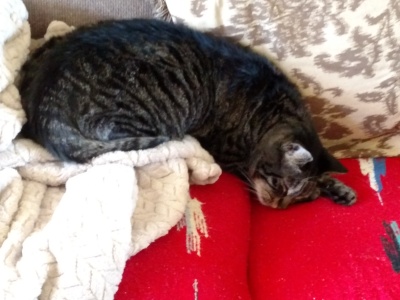 6 Responses to WE HAVE A WINNER OR 5!