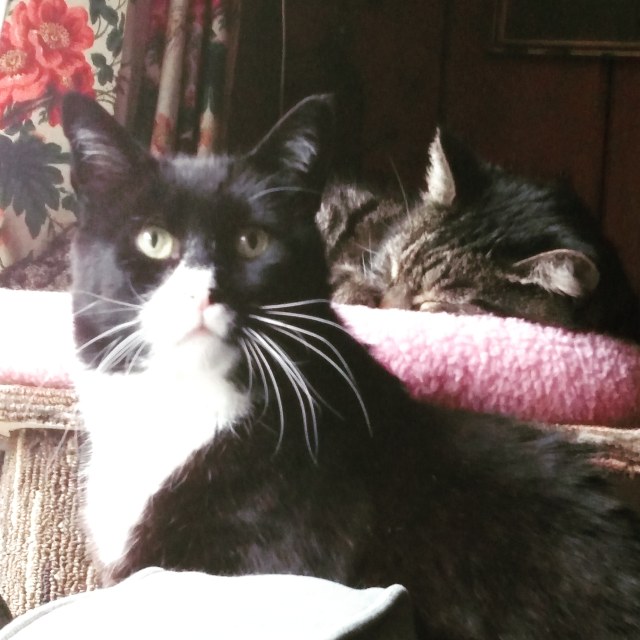 In my new cozy mystery, Ghost Cat of Ocean Cove, Blaze is the feline companion who has accompanied septuagenarian Camelia Collins on her move from the city of Portland to Ocean Cove, a tiny town on the Oregon Coast. Here’s an excerpt:

“Making a second trip to the car, she hefted a large cat carrier from the back seat. Its sulking inhabitant, her big tuxedo boy Blaze, gave a rauw of displeasure at the joggle.

“Can’t be helped,” Camelia told him. “I know how much you kitties hate change, but you’ll like this one, I promise.”

Camelia lugged the carrier, along with a tote full of cat things, directly into the little bedroom. Once inside, she closed the door and opened the carrier gate. Blaze inched his way out, first a pink nose, then a white paw, then finally the whole black and white cat. He looked up at his cohabitor with eyes green as an old-fashioned 7Up bottle as if to say, “What in the world have you done?”

“You’ll be fine,” said Camelia. “I’ll get your box and food station up directly. Be a good boy and hold it for just a few minutes longer.”

Blaze shot her a dirty look, then hopped onto the bed and proceeded to scrutinize his new digs. Camelia pulled a small, pre-filled litter pan from the tote, pulled off the cling wrap covering, and placed it on a towel on the floor. Going into the bathroom, she filled a travel bowl with water.

“Food’s coming.” She gave the cat a pet and left him to it.” —Chapter 1, Arrival and a Surprise.

But Blaze is much more than that.

Blaze was my own dear cohabitor until November of 2020 when he passed away at the age of twelve and a half. Blaze was only with me for a short two years, a foster cat who came to stay. After nursing him through the healing of a brutally broken leg, he was my cat, and I was his person. We were never to be parted. I thought we would have so much longer, then cancer.

But now Blaze can live on in a story. Before he crossed, before I even suspected it was his time, I’d been working with another cat as Camelia’s companion. Then Blaze took his place as my hero’s sidekick as naturally as water. Now when I write about Camelia and Blaze napping the couch, playing with a string, or encountering the ghost cat Soji, I can jump into Camelia’s sensible shoes for a few seconds and be the one to feel his soft cheek against mine once more.

Bits from the Blaze Album. 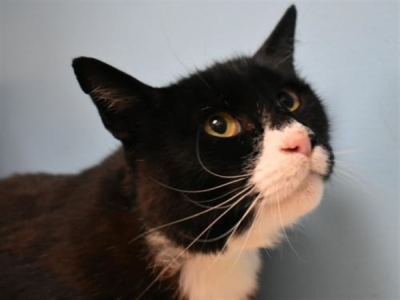 A ghost cat and a cold case murder turn a septuagenarian’s beach house dream into a nightmare.