FOR THE LOVE OF STAR TREK, PART 2 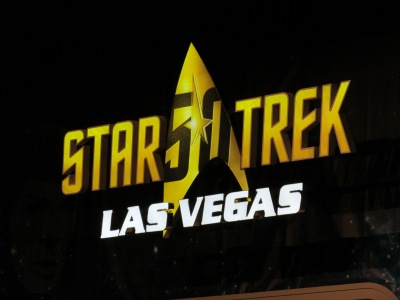 The Las Vegas Star Trek Convention: It’s a love-hate relationship between the exorbitant cost and unrivaled shameless innocent heartening joy I receive each time I go. I have friends there, good friends. I love immersing myself in the Star Trek culture where I don’t need to explain myself when I mention tribbles, transporters, redshirts, Roddenberry, or the Prime Directive.

The stars are human!

Whatever you believe a Star Trek convention is like, you are probably wrong. It is not all glitz and trivia. Galaxy Quest gave a gentle parody of the fan adoration, but there is much more to the 5-day extravaganza than adulating your favorite stars.

They think about stuff.

Kate Mulgrew, who in spite of inspiring generations of women through her portrayal of Captain Janeway, doesn’t consider herself a feminist. She was brought up to appreciate herself for herself. No matter the gender, what one does with their life is a reflection of how hard they work and how deeply they love. Although she did have this to say about current affairs: “It’s a new day, and the women are riding the ponies.”

William Shatner, the hardest working man in show business, is always doing something new. At 81, he is now interviewing scientists, including Dr. Stephen Hawking, on the nature of time-space. Wow, Bill! You never cease to amaze.

Whoopie Goldberg, at her first con, put aside her cynicism and potty mouth to praise Star Trek and the vision of a future whose credo was and is Infinite diversity in infinite combinations.

Nichelle Nichols, lovely Uhura from the original series. Civil rights leader Martin Luther King, Jr. personally praised her work on the show and asked her to remain when she considered leaving the series. She went on to spearhead a special project to recruit minority and female personnel into NASA’s space program.

George Takei spent 4 years of his childhood in a Japanese internment camp because his parents were Japanese. He has won awards and accolades for his work on human rights and Japanese-American relations and the Japanese American National Museum. He is quoted saying: “I can still remember the barbed wire.” He is also an open advocate for LGBT rights.

They give to charity.

Bill Shatner: Ahead With Horses; Camp Max Straus and many more.

Well, you get the idea. At the convention, we are often treated to an impromptu charity auction by one of the cast. Signed scripts and alien prosthetics are only a few of the items I’ve seen offered. 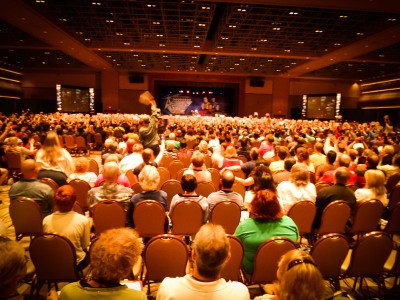 It’s a show: Some of the actors are just plain funny, and as a person who doesn’t often laugh, I find myself in tears throughout the show. Tim Russ, who played stalwart Vulcan Tuvoc on Voyager, cracks jokes with his cast-mates. When Connor Trinneer and Dominic Keating of the prematurely-canceled Enterprise get together, the result is hilarious. Marina Sirtis and Michael Dorn (TNG) go at each other like Laurel & Hardy.

I have also met scientists and astronauts, fashion designers, computer nerds, and a Gorn or two. 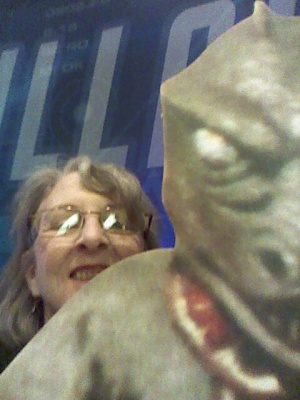 Trekkies are a phenomena that cannot be paralleled. Trekkies are very polite. They say excuse me when they bump into you in the crowd; they always allow people with special needs – of whom there are many here – to go ahead of them in the lines. They smile and say good morning. They pay for each other’s meals. They watch each other’s stuff and never steal it. They turn lost items in to the lost and found, intact. Trekkies are a mass-movement toward a better world, and if all their positive energy were harnessed, great things could happen.

So I come to the Star Trek to learn, to laugh, but most of all, to believe in a future where we as a species have done away with hatred, prejudice, ignorance, and want. Through compassion, tolerance, logic, and science, we too can boldly going where no one has gone before.

*A note about Star Trek’s Prime Directive: It is said that the Prime Directive was a Vietnam era metaphor regarding the perils of trying to be “helpful” to a society struggling with an intractable problem.